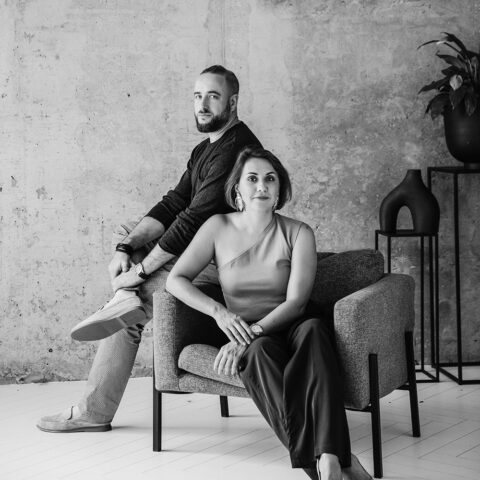 Mikhail Novinskiy was born in Moscow and graduated from the Stroganov Moscow State Academy of Industry Art on a speciality Interior Design. Since 2003 he has been designing private and public interiors, furniture and interior objects and also architecture. In 2010 he founded his own design studio – MNdesign, specializing in the interior design in modern styles – minimalism, contemporary, loft and other. Member of the Architects Union of Russia.

Now the studio has dozens of completed projects of various sizes, complexity and purpose which are located both in Russia, also in the CIS countries, Europe and Asia. The winner and nominee of Interia Awards, Best Interior (of the Russian Union of  Architects), Modern Home Award, Premium Living Award, Russian Project, Pinwin, Best Office Awards, other competitions. Their works has been published in Architectural Digest, Interior+Design, Elle Decoration, SALON-Interior, Objekt, Interiors the Best, Design Diffusion News, Archidom, Archilovers, Houzz and other issues and also joined the book Big Design for Small Workspaces by the international publisher Images Publishing Group. Mikhail is a constant participant of the TV-show about apartment and cottage interior design on NTV-channel Russia.

MNdesign Studio ready to offer full complex of works on design of the residential and public interiors of any complexity – from planning the concept to realization of the smallest details, completing a holistic artistic image of the object. And also to organize any projection process in the architecture or engineering, construction and finishing works.

Team Reviews
Write to us